So far, Dave Roth has collected somewhere between 400 and 500 used iPods for Music & Memory. But that’s only the beginning. 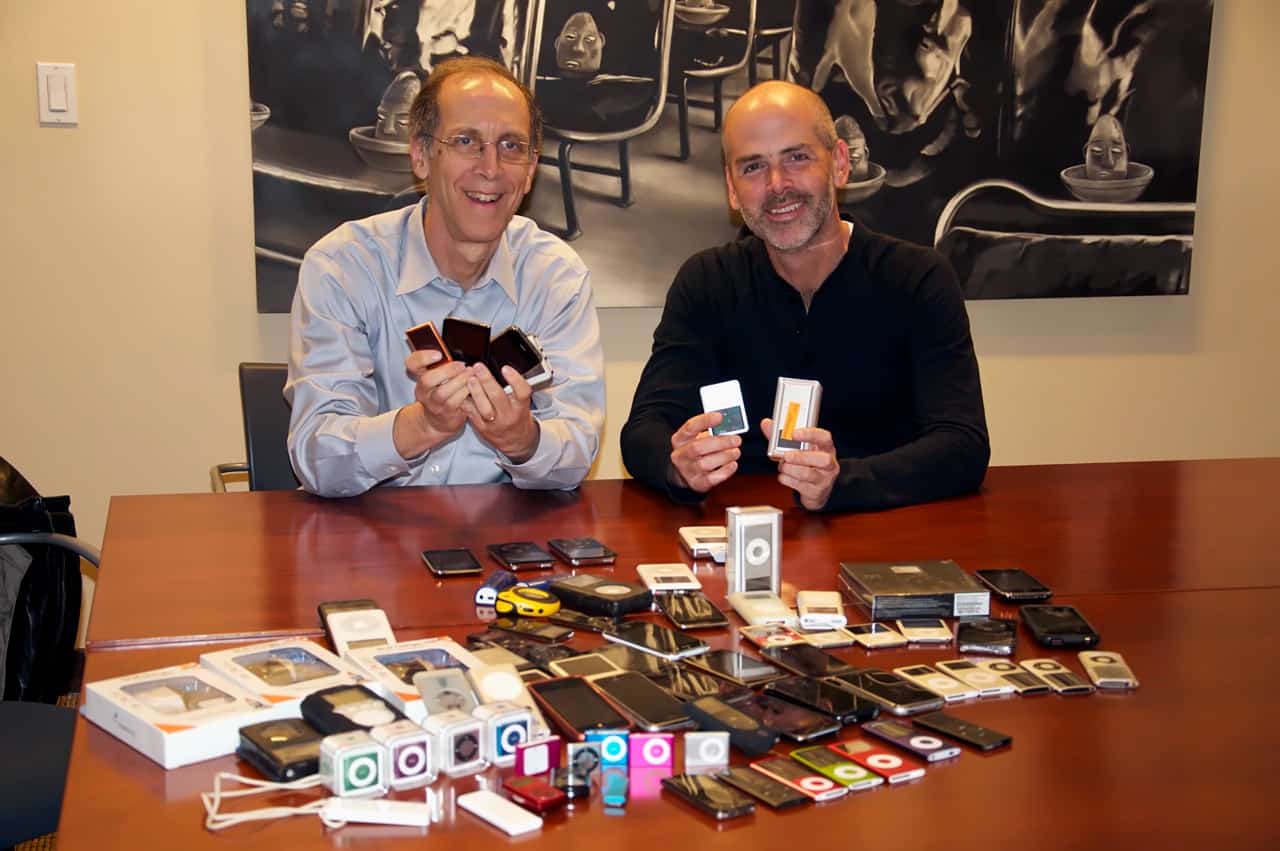 “I’d love for this to get bigger,” says Roth, a professional musician who has worked his Broadway theatre contacts to run two successful NYC iPod collection drives over the past year-and-a-half.

Roth knows a lot of people on the Great White Way. A percussionist whose current  holiday gigs include playing in the pit orchestra for the annual Rockettes Radio City Christmas Spectacular, he’s accompanied about 40 Broadway shows during his 17-year career.

In addition to inspiring Broadway theatre managers, actors and fellow members of the Musicians Union Local 802 to support the NYC iPod drives, Roth has sparked similar efforts by actors and musicians around the U.S., including iPod collections by high school community theatre performers in Houston and the Chicago Youth Symphony.

Now his big goal is a major Music & Memory benefit concert at a Broadway theatre.

The cause is personal. Both of Roth’s parents suffer from Alzheimer’s. His mother’s vocabulary is limited to only a few words. She no longer recognizes him. But her personalized playlist has enabled them to find a way to stay connected.

Roth first learned of Music & Memory through his involvement as an Alzheimer’s Association Ambassador for his local Congressional district, raising awareness and lobbying for more research funding. After attending the April 2012 screening of Music & Memory’s documentary, Alive Inside, at the Rubin Museum of Art in Manhattan, he contacted Executive Director Dan Cohen and offered to help collect used iPods.

“Such a Peace Comes Over Her”

For his mother, a former choir director for 35 years, he created a personalized playlist and brought her an iPod and set of headphones. Her response was instantaneous.

“When you look into the eyes of someone with Alzheimer’s, they look lost and there’s a sense of panic,” says Roth. But when his mother listens to musical favorites on her iPod, she brightens and sings along. “Such a peace comes over her,” he says.

This past July, Roth ran his second Broadway Alzheimer’s iPod Drive—starting on July 4th to mark independence for Alzheimer’s patients, and ending on August 19, his parents’ wedding anniversary.

On January 8, he’ll team up with the Broadway Green Alliance, a network of theatre professionals and patrons focused on making Broadway theatre productions environmentally responsible, to collect more used iPod’s during their annual Winter eWaste Drive.

“I see the drive growing every year,” says Roth. Next stop? His undergraduate alma mater, Kansas State University, is doing an iPod drive this spring.

And, thanks to Dave Roth’s extraordinary volunteer commitment, the beat goes on.

Personalized music can make a world of difference for people struggling with Alzheimer’s, dementia and other cognitive and physical challenges.

Many who have witnessed the power of personalized music ask us, “How can I help?”

Here’s one of the best and most tangible ways you can get involved: Run an iPod donation drive in your community. We’re always in need of gently used iPods to distribute to our Certified Music & Memory Care Facilities. We’ve trained elder care professionals how to implement our program in more than 60 facilities throughout the U.S. and Canada, with more coming on line every month.

You’ll find detailed information about running a successful drive in our free online guide, How to Run a Successful iPod Donation Drive. Here are a few tips to get you started:

There’s a good chance that you, members of your family or friends have unused iPods lying around at home. Ask the people closest to you, first. Those who know you will trust you the most and will be most likely to contribute. Nothing boosts success like success!

If you belong to a service organization, sorority or fraternity, religious youth group or other club, an iPod drive can be a great activity. You can even create a friendly competition with other chapters, if you’re part of a regional or national organization, to see who gathers the most iPods. Use Facebook, Twitter, LinkedIn, Pinterest, Instagram and other popular social networks to promote your event.

Ask for Donations as Well as iPods

Some people won’t want to part with their iPods, even if they don’t use them much now that they have smart phones. It’s always a good idea to give people the option to make a financial donation. A gift of $49 enables us to buy a new iPod Shuffle. We also welcome iTunes gift cards. It’s easy to contribute using our online donation form. And for those who give iPods, be sure to point them to our mailing instructions and downloadable mailing label.

Tie Your Donation Drive to a Local Concert or Other Event

If you collaborate with organizers of a previously scheduled event, like a concert or benefit dinner, you already have a built-in audience and publicity. This strategy works especially well on college campuses or in communities with popular public celebrations, street fairs or festivals.

We’ve learned from experience that people feel sentimental about their iPods and want to be sure that they will actually go to good use. (They will, and we wipe clean each device and restore it to factory settings before we give it to one of our certified facilities.) For your first drive, you may only collect 10 iPods, even from a large group of potential donors. But that’s 10 more iPods that will improve the lives of 10 people in nursing homes!

Be sure to download our free guide, How to Run a Successful iPod Donation Drive, for details. You’ll learn about Music & Memory, talking points about the benefits of personalized music, how to make “The Ask,” publicity tips, and much more.

We look forward to hearing from you and helping you to succeed. We’re all in this together! To coordinate with our team or if you have questions, please contact us through our website.

And be sure to let us know more about your drive. We’ll be publicizing successes in our blog. Thanks for your help!