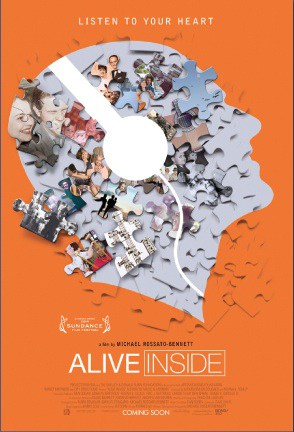 At hundreds of Alive Inside screenings around the country this summer, we’ve heard from audience members who are inspired to get involved and promote MUSIC & MEMORY® in their home communities. But what’s the best way to draw viewers and leverage all of that positive energy?

We asked some of our friends in the field to share what has worked at screenings they’ve help to promote. Although the round of theatrical releases is now over, in coming months the film will become available for licensed screenings at community venues. Here are tips for success, to help you think ahead about how to get the most from Alive Inside screenings (stay tuned for details about licensing and DVD acquisition):

1) Connect venue owners with organizations that are passionate about MUSIC & MEMORY®’s mission to help promote the film.

Letitia Jackson, Vice President of Corporate Engagement for Senior Star in Tulsa, Oklahoma, says venue owners have been key to promoting the screenings. “They’re willing to do whatever is necessary, such as provide preview screenings for members of key organizations and the media,” she says. Venues may use Facebook to promote events, including information on the Q&A speakers. Senior Star helped spread the word about upcoming screenings on their Facebook page with a share campaign.

Letitia also connected stakeholder organizations, such as the Tulsa Alzheimer Association chapter, with venue owners to get out the word about screenings. She arranged for guest speakers, with help from the American Music Therapy Association. For a screening in Ohio, the state’s Department of Aging helped promote the program with key information and links on their letterhead as handouts.

Venue owners served as event MC’s, and also introduced the Q&A session after the screenings. The most important thing to say when it’s all over? “Tell the audience to spread the word about the power of the film, to tell others to go see it,” says Letitia.

2) Invite stakeholders to the screening.

Steve Garwood, a Music & Memory volunteer in California and a 40-year music industry veteran, made calls and sent emails to his network of palliative care and nursing home contacts to invite them to showings in Encino and San Louis Obispo.

That effort drew a number of health care professionals who were inspired by the film and shared their reactions with facility management the next day. “You have to get the right people in the seats,” says Steve.

3) Prime the audience for a Q&A session, and use ice-breaker comments to open a dialogue.

Viewers often have strong feelings about the film. But If people are hesitant to speak in a group of strangers, Dr. Maribeth Gallagher, Dementia Program Director for Hospice of the Valley in Scottsdale, Arizona, suggests a few icebreaker questions that she found helpful at two screenings:

Maribeth also recommends using Music & Memory’s FAQ handout if there is a lull in the conversation. In addition, she suggests describing the Music & Memory initiative in Wisconsin as an example of what’s “absolutely feasible.” She challenged the audience: “Does anyone know a big shot?” That got laughs, but it also got people thinking of how they could help.

Finally, she says, be sure to mention the Music & Memory website, www.musicandmemory.org, multiple times. “I want them to embed it in their minds,” says Maribeth. “As the film sinks in, they’ll know where to go.”