Alzheimer’s Disease is characterized by the disruption of resting-state networks, particularly decreased functional connectivity within the Default Mode Network (DMN) [...]
A 2017 study in the International Journal of Neurorehabilitation led by Deepa Vinoo at New York City Health + Hospitals examined the [...]
Swallowing, self-feeding and choking issues affect many people with advanced dementia, leading to serious health consequences such as dehydration, malnutrition [...]
Delirium onset as a result of hospitalization poses a serious health risk to older patients. In a randomized, controlled study [...]
Neuropsychiatric symptoms are common features of dementia, and these occur in three fourths of patients on psychogeriatric inpatient units. These [...] 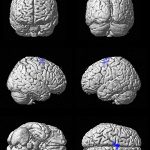 An April 2018 study reports that “objective evidence from brain imaging shows personally meaningful music is an alternative route for communicating with [...]